During the summer months, there have been several accounts posted on FaceBook about the main characters involved in the Muddenhalli Group. I don’t want to bore you with endless details about the history of those involved. After some research, I’ve decided to post the following notes for your interest. It’s a brief history but may help to understand how the Muddenhalli group has evolved.

From an email posted on FaceBook months ago and remains posted to this day, here is a short excerpt:

“Mr Murthy, a bachelor, has been part of the Sai world for a long time. His involvement with Sai Baba goes back, at least, to the early 1980’s. Swami gave him a position as warden for the Prashanthi Nilayam campus, where he expressed a deep desire to follow Swami’s ideals. He played cricket but he gave it up to concentrate on the job Swami had assigned him. Later, he was part of the Brindavan Campus. There he began to have ideas of his own. He told his friends that Sai Baba had directed him to start a high school in every district of Karnataka. Whether that is true or not, no one can say.”

Madhusudhan is a former Sai student who attended Brindavan college. He had a knack for impersonating people. He often would mimic Sai Baba and often, we understand, took money from other students. For these acts, he was given a warning. Madhusudhan was not the only student to mimic Sai Baba, there were at least 3 others during that time.

From what I have learned from the articles that have been posted on the Saibliss Page, Facebook, it seems the entire scheme was hatched long before the demise of Sai Baba with the help of other key players.

Recently, other ex-VIP’s from America and elsewhere have also joined the group. The Muddenahalli Seniors, over the past year, have made great strides in their endeavour to do their “own thing,” regardless of the sensitivities of others in the Sai World. Whether they will continue to attract new people and/or attract other people away from the Ashram in Puttaparthi, we don’t know. Only time will tell.

There is a video posted on Saibliss just this week, with a damning statement from Sathyajit, the former student who used to look after Sai Baba. He claims that Madhu approached him some eleven days after the demise of Sai Baba, saying that Sai Baba speaks through he, Madhu. For more on that video, please visit Saibliss on Face Book.  Why Sathyajit has waited so long to make this declaration, remains unclear. I do not wish to speculate more on that.

I don’t see this Muddenahalli adventure as anything Sai Baba would have wanted, yet alone encourage via the astral realms. This sad episode is certainly something that has been crafted by those in a senior position in Muddenahalli to, allegedly, gain power and position for themselves.

I don’t think these people care much about the ordinary thousands of people who followed Sai Baba and now wish to maintain a treasure of his memory. Of course, there’s little hope those leading figures in the muddenahalli group, could bury their personal desires for the sake of all involved. Human nature and the very nature of human desires, do not allow for such a generous outcome sadly. 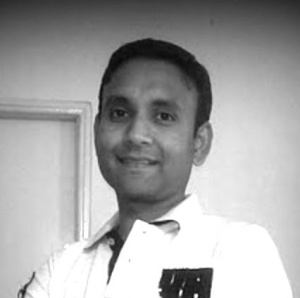 Mahdu Sudan without his usual leather jacket and expensive shades!

” Dressed in a white robe, Swami was beaming with joy when He saw His commanders and soldiers! After a brief talk by Sri BN Narisimha Murthy and Sri C Sreenivas, Swami expressed His gratitude and said that” if Swami had a body now, many will rush to serve Him just as they did earlier, but only a few chosen ones are blessed to feel Him through their hearts, and will be remembered forever for being a part of this uniques mission. Eventually the whole world will know and rush to Swami, but blessed are they who have believed in Swami first, and served Him when no one else would”..Singapore 29 Sept 2015

“Dressed in a white robe, Swami was beaming with joy when He…….

He expressed his gratitude and said that “if Swami had a body now, –

What’s this? – He is dressed in a White robe and beaming with joy, then saying if Swami had a body now..