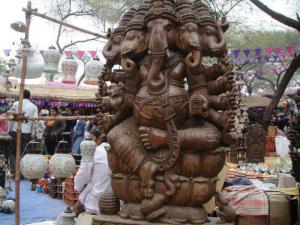 The Rig-Veda Samhita is the oldest significant extant Indian text. It is a collection of 1,028 Vedic Sanskrit hymns and 10,600 verses in all, organized into ten books (Sanskrit: mandalas). The hymns are dedicated to Rigvedic deities. The books were composed by sages and poets from different priestly groups over a period of at least 500 years, which Avari dates as 1400 BCE to 900 BCE, if not earlier According to Max Müller, based on internal evidence (philological and linguistic), the Rigveda was composed roughly between 1700 1100 BCE (the early Vedic period) in the Punjab (Sapta Sindhu) region of the Indian subcontinent. Michael Witzel believes that the Rig Veda must have been composed more or less in the period 1450-1350 BCE. There are strong linguistic and cultural similarities between the Rigveda and the early Iranian Avesta, deriving from the Proto-Indo-Iranian times, often associated with the Andronovo culture; the earliest horse-drawn chariots were found at Andronovo sites in the Sintashta-Petrovka cultural area near the Ural mountains and date to ca. 2000 BCE.

Rigveda means the Veda of Adoration and mostly contains verses adoring or adulating deities. But it also dealt with other subjects, like the procedure of wedding, the folly of gambling. About two-thirds of Rigveda is about the gods Agni (Fire) and Indra (Ruler of the gods). Other Rigvedic gods include Rudra, the two Ashvins,Savitar and Surya, Varuna, the Maruts and the Ribhus. There are references to a divine creeper, the Soma, whose juice was an energizer. Some animals like horses, some rivers, and even some implements (like mortar and pestle) were deified. Rigveda contains a sense of intimate communion between Nature and the Rishis or visionaries. According to some, the concerns of Rigveda are those of simple, nomadic, pastoral Aryans. According to others, the people in the times of the Rigveda had a settled home, definite mode of life, developed social customs, political organizations, and even arts and amusements. Rigveda is the oldest, largest and most important of the Vedas, containing ten thousand verses forming 1017 poems in 20 groups.

“There was neither non-existence nor existence then; there was neither the realm of space nor the sky which beyond. What stirred? Where? In whose protection? Was there water, bottomlessly deep?

There was neither death nor immortality then. There was no distinguishing sign of night nor of day. That one breathed, windless, by its own impulse. Other than that there was nothing beyond.

Darkness was hidden by darkness in the beginning; with no distinguishing sign, all this was water. The life force that was covered with emptiness, that one arose through the power of heat.

Desire came upon that one in the beginning; that was the first seed of Mind/Consciousness. Poets seeking in their heart with wisdom found the bond of existence in non-existence.

Their cord was extended across. Was there below? Was there above? There were seed-placers; there were powers. There was impulse beneath; there was giving-forth above.

Who really knows? Who will here proclaim it? Whence was it produced? Whence is this creation? The gods came afterwards, with the creation of this universe. Who then knows whence it has arisen?

Whence this creation has arisen – perhaps it formed itself, or perhaps it did not – the one who looks down on it, in the highest heaven, only he knows – or perhaps he does not know.”