Creating  videos is hard work but thoroughly enjoyable. I made this one today. It is hot off the press or should I say off the computer. I do hope you spend a few mins. (Two actually,) watching this you tube.  Made with all my love, joy and  much happiness for the gift of inspiration from those enchanting words of  Rumi. 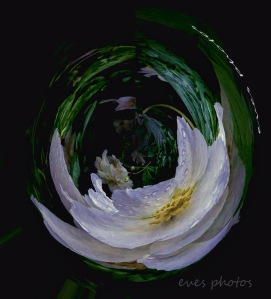 The ecstatic poems of Jalal ad-Din Muhammad Rumi, a Persian poet and Sufi master born 807 years ago in 1207, have sold millions of copies in recent years, making him the most popular poet in the US. Globally, his fans are legion.

“He’s this compelling figure in all cultures,” says Brad Gooch, who is writing a biography of Rumi to follow his critically acclaimed books on Frank O’Hara and Flannery O’Connor. “The map of Rumi’s life covers 2,500 miles,” says Gooch, who has traveled from Rumi’s birthplace in Vakhsh, a small village in what is now Tajikistan, to Samarkand in Uzbekistan, to Iran and to Syria, where Rumi studied at Damascus and Aleppo in his twenties. His final stop was Konya, in Turkey, where Rumi spent the last 50 years of his life. Today Rumi’s tomb draws reverent followers and heads of state each year for a whirling dervish ceremony on 17 December, the anniversary of his death.

The transformative moment in Rumi’s life came in 1244, when he met a wandering mystic known as Shams of Tabriz. “Rumi was 37, a traditional Muslim preacher and scholar, as his father and grandfather had been,” says Gooch. “The two of them have this electric friendship for three years – lover and beloved [or] disciple and sheikh, it’s never clear.” Rumi became a mystic. After three years Shams disappeared – “possibly murdered by a jealous son of Rumi, possibly teaching Rumi an important lesson in separation.”  Rumi coped by writing poetry. “Most of the poetry we have comes from age 37 to 67. He wrote 3,000 [love songs] to Shams, the prophet Muhammad and God. He wrote 2,000 rubayat, four-line quatrains. He wrote in couplets a six-volume spiritual epic, The Masnavi.”

During these years, Rumi incorporated poetry, music and dance into religious practice. “Rumi would whirl while he was meditating and while composing poetry, which he dictated,” said Gooch. “That was codified after his death into elegant meditative dance.” Or, as Rumi wrote, in Ghazal 2,351: “I used to recite prayers. Now I recite rhymes and poems and songs.” Centuries after his death, Rumi’s work is recited, chanted, set to music and used as inspiration for novels, poems, music, films, YouTube videos and tweets (Gooch tweets his translations @RumiSecrets). Why does Rumi’s work endure?

“He’s a poet of joy and of love,” says Gooch. “His work comes out of dealing with the separation from Shams and from love and the source of creation, and out of facing death. Rumi’s message cuts through and communicates. I saw a bumper sticker once, with a line from Rumi: “Out beyond ideas of wrongdoing and rightdoing there is a field. I’ll meet you there.”

“Rumi is a very mysterious and provocative poet and figure for our time, as we grapple with understanding the Sufi tradition [and] understanding the nature of ecstasy and devotion and the power of poetry,” says the poet Anne Waldman, co-founder with Allen Ginsberg of the Jack Kerouac School of Disembodied Poetics at Naropa University, where she is a professor of poetics. “And the homoerotic tradition as well, consummated or not. He is in a long tradition of ecstatic seers from Sappho to Walt Whitman.”