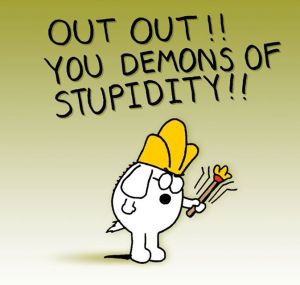 So the world has a broken heart today! It is obvious that we are living in a crisis cult. There is dissent wherever we look. How do we as people deal with the appalling sadness we see everywhere? Here are some excellent pointers from one of my favourite authors, Jake Kornfield, who is pretty good at hitting the nail on the head when it comes to suffering and pain.  Hope you take a little time to read this article, perhaps you can take on board just a little of what he is saying. Thanks Eve.

Hatred and aversion are all states of mind that strike against experience, pushing it away, rejecting what is presented in the moment. They do not come from without. This insight is a reversal of the ordinary way we perceive life. “Usually” says Ajahn Chah, “We believe outer problems attack us.” Things are wrong and people “misbehave,” causing our hatred and suffering to arise. But however painful our experiences may be, they are just painful experiences until we add the response of hatred or aversion. Only then does suffering arise. If we react with hatred and aversion, these qualities become habitual. Like a distorted auto-immune response, our misguided reaction of hatred does not protect us, it becomes the cause of our continued unhappiness.

Principle #14: If we cling to hatred or anger we will suffer. It is possible to respond strongly, wisely and compassionately without hatred.

The Buddha declares, “Enraged with hate, with mind ensnared, humans aim at their own ruin and at the ruin of others.” How do we break this tragic human legacy? Through understanding anger, hatred, and aggression. They are universal energies, archetypal forces which cause immense suffering in the world. Globally, we have had well over a hundred wars since the end of World War II. Recent years have seen a rise in racist hatred and fear of one group for another. Our models for leadership and our movies celebrate violence. This is not new. Father Bartolome de las Casas, who traveled on the last voyage of Christopher Columbus, describes how the European conquerors entered the American continent with “rivers of blood, a continuous recreational slaughter of men and women, soldiers testing their broadswords by decapitating children.” Is this the legacy we would choose to follow?

In the west, Freud struggled to understand hatred and anger and articulate their genesis in childhood. As we have seen, he believed the aggressive instincts to be primary. Culture’s “ideal command to love one’s neighbor as oneself is really justified by the fact that nothing is so completely at variance with original human nature as this.” Following along these lines, early sociobiologists like Konrad Lorenz and Robert Ardrey believed that our species, like our predecessor monkeys, had necessary and inevitable instincts of territoriality and aggression. Now evolutionary biology and neuroscience are carefully charting the genetic function and neural mechanisms of aggression. But what do we do from here?

The fact that aggression, anger and aversion are part of our universal heritage is only the starting point in Buddhist psychology. We have to learn how they arise and function in our own life. Then we take a revolutionary step. We learn how to transform these responses.

Hatred and aversion almost always arise as a direct reaction to a threatening or painful situation. Fortunately, we can train ourselves to live with mindfulness, to meet fear and pain with wisdom instead of with the habits of aversion and anger.When a painful or threatening event arises, we can open our eyes to it.When we learn to bear our own pain and face our own fears,we will no longer blame and inflict it on others, neither family members nor other tribes.With mindfulness, instead of reacting, we can respond with spacious clarity, purpose, firmness, and compassion. A wise response includes whatever action, fierce at times, is the most caring toward life, our own and others’.

8 thoughts on “Nature Of Hate!”