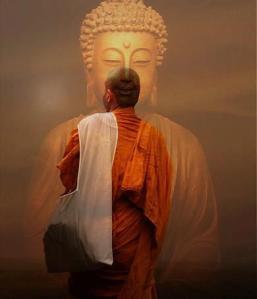 “Resolve to be tender with the young, compassionate with the aged, sympathetic with the striving and tolerant with the weak and wrong. Sometime in your life, you will have been all of these.”  – Gautama Buddha

BUDDHA’S PARABLE OF THE ARROW

“Imagine a man that has been pierced by an arrow well soaked in poison, and his relatives and friends go at once to fetch a physician or a surgeon. Imagine now that this man says:

I will not have the arrow pulled out until I know whether the tendon which binds it is of ox, or deer, or monkey.

I will not have this arrow pulled out until I know whether it is an arrow, or the edge of a knife, or a splinter, or the tooth of a calf, or the head of a javelin.”

Well, that man would die, but he would die without having found out all these things.

Well, that man would die, but he would die without Buddha having told these things.

Because I am one who says: Whether the world is eternal or not, there is birth, and death, and suffering, and woe, and lamentation, and despair. And what I do teach is the means that lead to the destruction of these things.