Have you had moments when your past just floods over you and for a split second you are back there in another time? Time and space at such moments, I find disappear, as I actually relive my past. The other day I was listening to Peter, Paul and Mary and the song, “Early Morning Rain” played. I seemed to lose all consciousness of being in the  “here and now”for suddenly, i was back at Dulles airport in Reston, Va, USA -waiting for the plane that would take my little baby daughter and me back to London.

It was a deadfully chaotic evening I remember.  Leanne was quite upset and cying. The stormy weather, so bad, the plane had been held up somewhere due to a broken window pane. All the passengers looked tired and anxious. I remember nothing more of that night but that one scene. For some odd reason it is frozen in my memory. There would be many trips back to London in the coming eight years and most were pretty chaotic.

Reston, Va. (Virgina) was a fabulous place to live back then. It had a charm and even an innocence that I am sure has faded over the years. I remember my introduction to everything spiritual came from the hippy-type community who lived in around Reston in those days. I met so many now famous people (in the spiritual sense)  in those years there and attended many insightful workshops and events, that were to carve out a spiritual “life” jouney, I could never have imagined at the time.

We often visited Georgetown’s Yes bookshop on a Sunday afternoon.  It was an esoteric bookshop full of  New Age teachings and others too from the East. My mind just boggled at the sight of those marvellous books, filled with mystery and adventure. My curiosity ran wild as I looked through books on Yoga, Philosophy, Astral Travel, Reincarnation and those books that promised to predict the future. 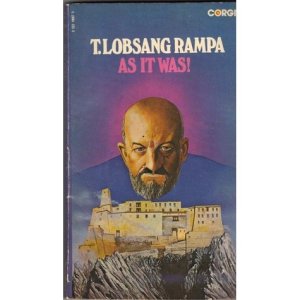 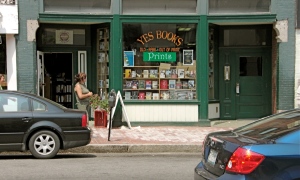 Not  the original as we knew it

It was on one of our visits to the Yes bookshop that I was introduced to Sai Baba. Looking back at how that happened, now makes me smile and wonder just how much of a coincidence it was. I stood in one of the dark aisles looking through books written by Lobsang Rampa who happened to be very popular at the time, when a young man tapped me on the shoulder. I quickly turned around to look into the face of the most handsome man one could imagine meeting. My eyes popped. He smiled sweetly. Then, in an easy style, he said, “Oh I see you are reading rubbish!.”  I was shocked by his assessment  of my reading material and with a shy answer I said I did not think the books were rubbish. “Oh yes they are” came his reply. “Let me show you something better.” He smiled again and led me to another book-aisle. He paused for awhile in front of shelves of books on Indian Philosophy. Then, with another smile, he pulled out a small paperback book – looking all old and tatty. He handed it to me and said, “This is an excellent book.” The title of the book was Man of Miracles. The cover portrayed a little man in an orange dress with a very large afro hairdo. I wasn’t impressed. I tried putting it back on the shelf but the young man insisted I buy it. I told him no. I could not afford it. He then replied, “I will buy it for you.” I smiled at his insistence to buy the book for me. He told me briefly that this book would change my life and that would be a good thing. I surrendered to his wish and we both walked over to the counter, where he paid for the book and handed it to me. Before he left, he wrote in the back of the book, the name and address of a group of people who could tell me more about Sai Baba. The address was Bethesda Maryland. With that he left the bookshop so much to my dismay. To be honest I was more interested in him, than the book!

I took the book home and placed it in the bookcase but i never read it. It was not until years later, when we were in Australia, that a chance meeting with a lady from the Findhorn Society, that the name Sai Baba came up again. She’d just returned from a long visit to his ashram and had many experiences to share.

“The past is a candle at great distance: too close to let you quit, too far to comfort you.”  -Amy Bloom 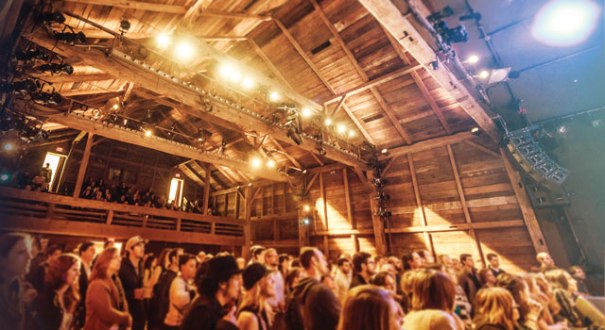 Music was so much part  of our lives in Reston