If you dream of finding a great Teacher, a Master, the operative advice is, “get real.” Great teachers may appear once in a hundred years. Masters require great sacrifice of those willing to follow them … and as we are not prepared to pay the price, it’s best to start exactly where we find ourselves with the help that is within reach. More likely I can find a guide, someone who knows the way but is still in the process of becoming. A useful guide is one who will help me to connect to my authentic self, that self that is connected to God. No shame, no blame, no fear, marks this journey, where every inner movement needs to be seen without judgment.  – His Holiness The 14th Dalai Lama

We will hear his voice no more.
It is the end of an era.
You, you mourn.
With the spiritual parent gone, you are no longer the child.
What is a pupil to do?
To find another teacher seems necessary, but wait— What did he or she teach you?  The source of  “I Am” is within. 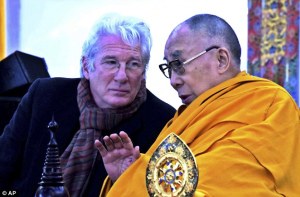 by The Hari Krishnas and Sathya Sai Baba 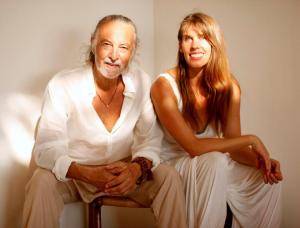 The wise say I can learn from everyone I meet.  But exactly what is it that is being learned? What can I glean from some rough lout, some timid or repressed soul, some crazy?  Surely they have nothing to teach an educated person like me. But there is no better teacher than the mirror, and every person can be my mirror, reflecting back to me some aspect of myself, particularly when it is something I dislike. I contain multitudes, as Walt Whitman put it. There is nothing I can see in another that I do not also contain to some degree—cheat, murderer, martyr, hero, and much more. Looking closely I discover that fundamentally we are all alike—all subject to the same passions and hopes, and this touches a feeling of compassion in me that does not otherwise appear.

My deepest guilty secret is gradually revealed to me: I believe that at least in some respect, I am better than everyone else. Only a penetrating view of my inner world dispels this pernicious illusion.
Books are helpful—reading prepares the mind and books are available where a living guide is not to be found. But eventually we need the human connection. A book cannot look back at me and hear my tone of voice. It cannot remind me to release the tension in my shoulders. It does not know when I am ready for the next step.

I hope this very old video made sometime in the 1970’s – 80? I am not sure when, brings joy to you.  We, who visited early on, all  watched this video, eyes glued and lost to our own world.  It revealed an enchanting ashram and a very lively Sai Baba performing pujas and bhajans.  To be perfectly honest we were  clueless to how Hindus worshipped. What most of us felt after watching this video, was a need to travel to India and meet Sai Baba. To speak to him and hear his words for ourselves.

I hear that Sathya Sai Baba is still on the critical list. It has been a long time. Strange that soon after he was taken sick, we had sickness in our family too.  My  husband sprained his  bad knee again and is now unable to walk. I expect he too will take some time to recover.  What a difficult year this has been for so many people.

While on the subject of illness. During the time Swami had his hip replacement in the  small hospital in Whitefield, he also had an operation for cataracts. We were staying in Whitefield at the time. Talking to several of the lad y devotees one day, we heard that several of them had lost their glasses or in the case of others, their glasses had been broken. A few days later, while my husband was in a rickshaw, his glasses flew off from his face and  fell on to the road. The rickshaw driver stopped to search for them, but they were never found. Strange, because there was nothing in the road and the glasses were quite large.

On Swami’s illness:
“Personally, I believe that the scheme of things is too large for us to arrive at a comprehensive understanding of the drama. All I know is that no matter how Swami chooses to unfold it, there is no place in the Universe where: my Lord can’t reach me or where I can’t find Him…Period! ( beautiful words from a student.)”

One summer’s afternoon in 1994, I was sitting in the front of block two in the Sai Ramash Hall in Whitefield, listening to one of Swami’s discourses. It was one of those days when everything had gone amiss and I felt a strong sense of being let down. In this negative state of mind, I sat with arms folded in an effect to prevent further pain.

At the end of the afternoon’s discourse, Swami began to sing his favourite Rama bhajan, then instantaneously He beckoned us to join in the singing. The cheerful crowd began to clap and sing with enthusiasm – in fact the entire hall seemed to come alive and move with the music. But I stubbornly remained motionless – still hugging myself.

Swami, who was not far away, looked down with concern as I sat there still and silent. Then all of a sudden, the hall turned a misty brilliant white. I gasped and looked around me but within a few seconds the assembled crowd, myself included, were engulfed in the gathering mist. I rubbed my eyes and blinked but the luminescence continued to gather. As I sat there watching, the mist seemed to take on a life of its own. It began to thicken and intensify in a manner that seemed to reflect the joyfulness of the singing. When the bhajan came to its climax, I could no longer see anything as the mist had completly enfolded me.

At the end of the bhajan, I glanced up at Swami. He, too, was encircled by the mist, but to add to my surprise, a powerful light shone around Him. Not entirely convinced I was seeing correctly I thought to myself, ‘someone must be shining a very strong spotlight on Him.’ I peered around the hall for signs of extra lighting but there were none. When Swami turned slowly around to preform Arathi, I clearly saw at the back of His head, and unattached, a milky white shiny disc. When He moved, so the disc moved with Him, never wavering from its position.  It quivered with some unearthly luminescence.

After the Arathi, Swami began to walk away and the disc became more apparent. I can only describe it as a halo, but unlike those seen on pictures of Christian saints. Swami’s halo had a radiance that I felt was somehow charged by His divine essence. When Swami reached the door, both the mist and the halo disappeared.

The memory of that long ago afternoon is as fresh today as it had been then. Swami had given me a wondrous insight to encourage me during a time when I felt like giving up and it was – ‘LIKE THAT HE TAUGHT ME’.