The word karma is a Sanskrit term that means “work, deed, or act”; it has also been interpreted to mean “cause and effect.”   Karma can simply be defined as memory. It is not really a “debt” that must be paid according to some universal tally sheet nor is it necessarily a set of specific circumstances that must be experienced because of deeds or misdeeds from the past. Karma is simply memory. It is a pool of information that the subconscious mind draws upon and can utilize in the present. It has elements that are positive as well as those which seem negative. For example, an immediate affinity toward an individual is as likely to be “karmic” as is an immediate animosity toward someone else. To be sure, this subconscious memory has an effect and influence on how we think, how we react, what we choose, and even how we look! But the component of free will is ever within our grasp.

“It is often imagined that the human being is subject to an irrevocable law of karma in which nothing can be changed. Let us take a simile from everyday life to explain the working of this law.

A businessman enters debits and credits in his account books; taken together, these entries tell him the current state of his business. The financial state of his business is subject to the inexorable law governing the calculation of debit and credit. If he carries out any new transactions he can make additional entries and he would be a fool if he were unwilling to embark on further business once a balance had been drawn up. In respect to karma, everything good, intelligent and true that has been done by a person belongs on the credit side; evil or foolish deeds belong on the debit side. At every moment the individual is free to make new entries in the karmic book of life. It must never be imagined that life is under the sway of an immutable law of destiny; freedom is not impaired by the law of karma. In studying the law of karma, therefore, the future must be borne in mind as strongly as the past. Bearing within us the effects of past deeds, we are the slaves of the past, but the masters of the future. If we are to have a favourable future, we must make as many good entries as possible in the book of life.

It is a great and potent thought to know that nothing we do is in vain, that everything has its effect in the future. The law of karma is the reverse of depressing; it fills us with the splendid hope, and knowledge of it is the most precious gift of spiritual science. It brings happiness inasmuch as it opens out a vista into the future. It charges us to be active for its sake; there is nothing whatever in it to make us sad, nothing which could give the world a pessimistic colouring; it lends wings to our will to co-operate in the evolution of the earth. Such are the feelings into which knowledge of karma must be transmuted.

When a person is suffering, people sometimes say: ‘He deserves his suffering and must bear his karma; if I help him, I am interfering with his karma’. This is nonsense. His poverty, his misery is caused through his earlier life, but if I help him, new entries will be made in his book of life; my help takes him forward. It would be foolish to say to a businessman who could be saved from disaster by 1000 or 10000 marks: ‘No, for that would alter your balance sheet’. It is precisely this possibility of altering the balance-sheet that should induce us to help someone. I help him because I know that nothing is without its karmic effect. This knowledge should spur us on to purposeful action.” 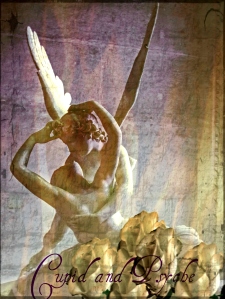 Rudolf Steiner lived from 1861-1925. The greatest initiate of the 20th Century, he is one of history’s most original thinkers. Rudolf Steiner’s work is largely unknown in the world today.

Rudolf Steiner once said, “people in the future are not going to get much fun out of  development on the physical plane. They will find that further evolution is possible  only through “spiritual forces.”  This can be accomplished only by surveying a lengthy period of evolution and applying what is discovered through our experiences. This process will become more and more general in the future.” ~ The post today is from my young friend, Jake Murray.

LOVE & ITS MEANING IN THE WORLD by Rudolf Steiner

“One could say that the male body now has a female soul, the female
body a male soul. This inner one-sidedness of the human being is
compensated by fertilisation through the spirit, which abolishes the
one-sidedness. Both the male with the female body and the female soul
with its male body become double-sexed again through fructification by
the spirit. Thus, men and women are different outwardly; internally
their spiritual one-sidedness is rounded out to a harmonious whole.
Internally, spirit and soul are fused into a unit. The spirit’s effect
on the male soul in woman is female, rendering it both male and
female; the spirit’s effect on the female soul in man is male, making
it, too, male and female. The double-sexedness of human beings has
retired from the outer world, where it existed in the pre-Lemurian
period.

One can see that the higher essence of a human being has nothing to do
with man or woman. The inner equality, however, does result from a
male soul in woman and from a female soul in man. The union with the
spirit finally brings about equality; but the fact that a difference
exists before the establishment of the equality involves a secret of
human nature. Understanding this secret is of great significance for
all mystery science and is the key to important enigmas of life. For
the present we are not permitted to lift the veil spread over this
secret…

There is immense complexity & subtlety here & this passage repays careful scrutiny… The wording is very specific… All I would say is: when talking about subtle bodies – which is what he is doing here when he gets onto spirit & soul – he is not talking about ‘male and female’ in the sense we usually mean…

To me, this passage, which connects with Gnostic, Kabbalist, Alchemical, Platonic, Taoist & Hindu Tantric ideas of the Soul & Body, opens the possibility of understanding ourselves fully as physical men and women, souls and spirits and ultimate something beyond all of that, which preserves the specialness of each domain. It chimes with Jung’s ideas of the Anima & Animus and the universal idea of the Divine Marriage, while preserving the essence of our physical gender in an image of ultimate Wholeness on all levels of our being.

It also, in its vision of the androgynous Self, embraces other combinations of gender- specifically lesbian, gay and transgender. Steiner is saying we are all things, with Wholeness being found in the Divine Union of all of them, but with each unique and special to itself.

And even here, he is tentative. Note he says ‘One could say’ in the first sentence and not ‘The male body has a female soul etc’. Right from the start he is talking not in literal but in metaphorical terms…