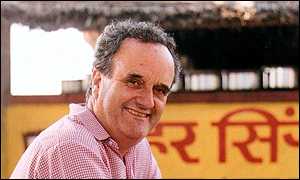 Sir Mark Tully KBE, (born William Mark Tully in 1935) is the former Bureau Chief of BBC, New Delhi. He worked for BBC for a period of 30 years before resigning in July 1994. He held the position of Chief of Bureau, BBC, Delhi for 20 years.

Born in Calcutta, India, his father was a British businessman who was a partner in one of the leading managing agencies of the British Raj. Tully spent the first decade of his childhood in India, although without being allowed to socialise with Indian people, before going to England for schooling. He was educated at Twyford School, Marlborough College and at Trinity Hall, Cambridge, where he studied Theology.

As a guest of the Bangalore Initiative for Religious Dialogue on 7 October 2010, Mr Tully spoke on “How Certain Should We Be? – The Problem of Religious Pluralism”. He described his experiences and the fact that India had historically been home to all the world’s major religions. He said that had taught him that there are many ways to God.

Tully is patron of the British branch of Child In Need India and is equally well versed in English and Hindi. 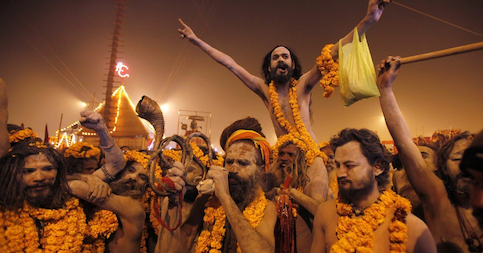 In my long years in India I have seen many spectacles but none so remarkable as the two Maha or Great Kumbh Melas which I attended. 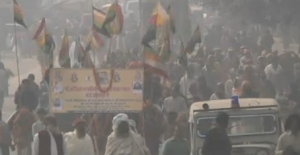 I have seen vast crowds assemble but none as big as the millions who flocked to the north Indian city of Allahabad to bathe at the confluence where the cloudy waters of the river Ganges meet the blue waters of the river Yamuna on the most auspicious day of those Melas.

I have never been more forcefully reminded that India’s age old culture still survives than I have been by those two Kumbh Melas.

A Variety of Pagentry 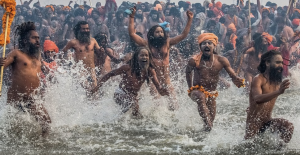 Anyone who wants to enjoy the Kumbh Mela to the full must appreciate its many different aspects.

There was no frenzy, just the calm certainty of faith; the knowledge that “what had to be done had been done”

It is, of course, a great religious festival, the world’s largest we are told, but there is much more to it than just the great bathing day, spectacular though that is.

Most spectacular of all are the naked sadhus or holy men, who careen through the crowds dancing to the frenzied beat of drums and leaping in the air as they charge in to the river to bathe.

Then there are the sadhus to be seen on any day performing amazing acts of asceticism.

One sadhu I saw had held his arm up so long that it was withered and his nails curved round like talons, another was standing on one leg, and a third lying on a bed of thorns. 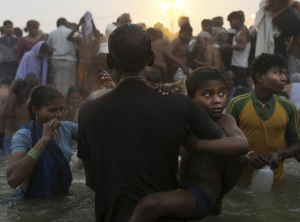 At Kumbh Melas there is much religious teaching also, and a multitude of discourses.

They demonstrate the wide variety of Hindu traditions, and Hinduism’s tolerance too. Some of the discourses seemed to me obscure, some profound, and some surprising.

The devotees of the 15th Century saint Kabir told me they condemned images of the deities and maintained that washing under a tap was just as good as bathing in the Ganges. No-one seemed to object to their unorthodox views. Perhaps that’s because Hinduism is so varied that for most Hindus there is no concept of heresy.

Hindu pluralism is also shown by the different creation myths the Mela commemorates.

The word ‘Kumbh’ means an urn, and one of the several myths is the story of an urn filled with the nectar of immortality which emerged from the primeval waters when they were being churned by gods and demons.

The urn was snatched by demons but the son of the ruler of heaven, the god Indira, recovered it. Drops from the urn fell at the Sangam and other places in India where Kumbh Melas are held. 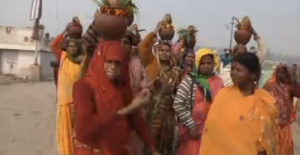 Mela means a fair, and as with all fairs plenty of business is done at Kumbh Melas.

There are stalls selling everything a pilgrim might need including, of course, the accoutrements required for pujas, or worship. Barbers shaving heads do a roaring trade. The traditional priests who keep family records set up their stalls and do good business updating genealogies and performing ceremonies for the souls of the dead.

Both Kumbh Melas I saw were remarkable feats of organisation, occasions when the much-maligned Indian civil servants covered themselves with glory.

They constructed a vast tented city, laying down miles of steel plates for roads and constructing pontoon bridges. The administration also insured there was food for the pilgrims, and water too – sanitation, as well as electricity.

The police, not usually renowned for their gentleness, were politeness personified as they shepherded millions of pilgrims down to the river banks, keeping them in orderly queues, and insured their safety while bathing. But in this they were helped by Indians remarkable ability to organise themselves in situations which in most other countries would degenerate into chaos.

Faith is the key to the Kumbh Mela.

It is a wonderful spectacle, a great demonstration of the variety and vigour of Hinduism, an occasion to preach politics and conduct business, but there would be no Kumbh Mela were it not for the faith that draws millions of pilgrims to the Sangam in Allahabad. 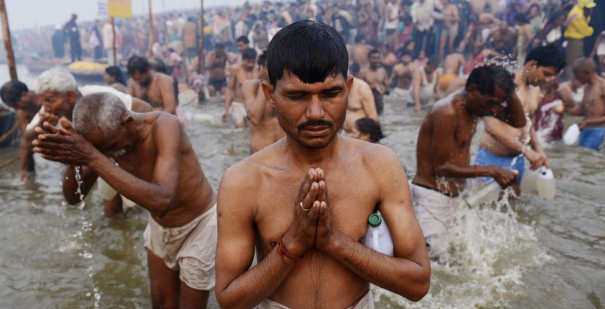